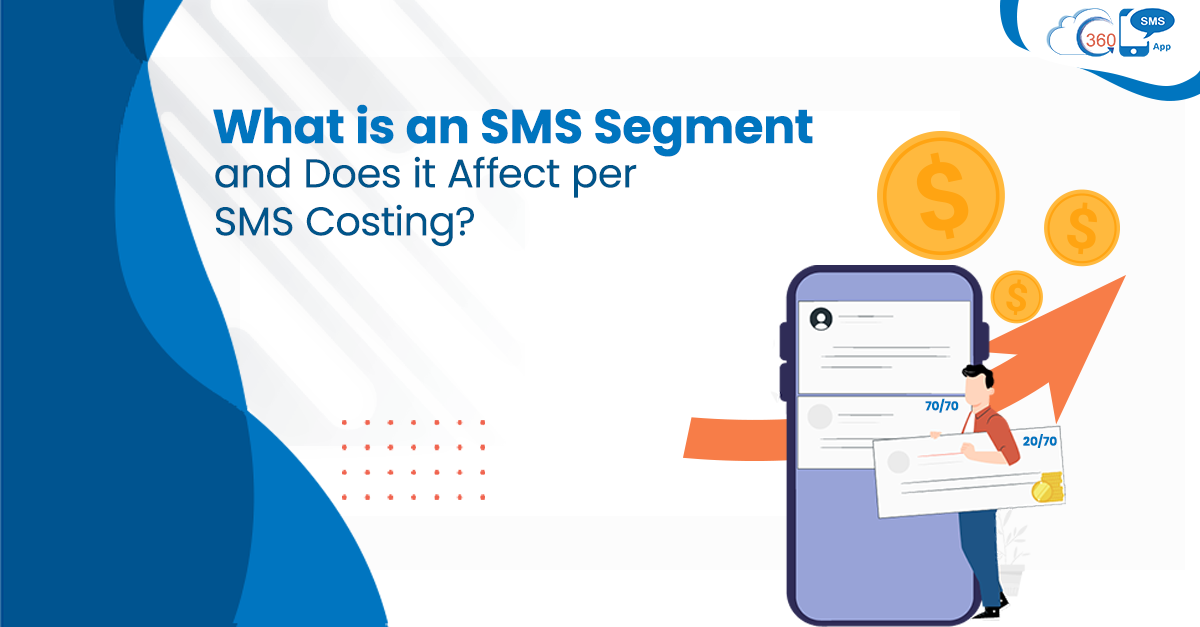 What is an SMS Segment and Does it Affect per SMS Costing?

The character length of an SMS is 160 only if it is standard encoding. If special characters are used in a text message, it will be a Unicode encoding, and it will reduce the character limit to 70 per segment.

On the other hand, if you attach a media file like an image, audio, or video with your text, the text is converted to MMS (Multimedia Messaging Service). MMS has a character limit of 1600 characters.

This is how the messages cost, depending on the length of a text message.

Significance of SMS segments in a Business

Many times businesses end up with the increased messaging cost and do not get the expected return on investments. The main reason could be the negligence of the SMS segment. It doesn’t matter whether you’re using Twilio SMS segments, 360 SMS, or any other messaging provider SMS segments. Organizations simply focus on crafting a perfect message for an effective campaign and shoot messages in bulk.

Later on, at the time of SMS billing, they realize that it is far beyond what they expected. So, drafting a text considering the SMS segments helps you reduce your investments and increase your campaign returns.

To know more about how you can reduce your text message size using 360 SMS advanced capabilities, get in touch with our experts at care@360smsapp.com or contact us here.