The run-up to November elections will be all about the text – 360 SMS is prepped & ready. 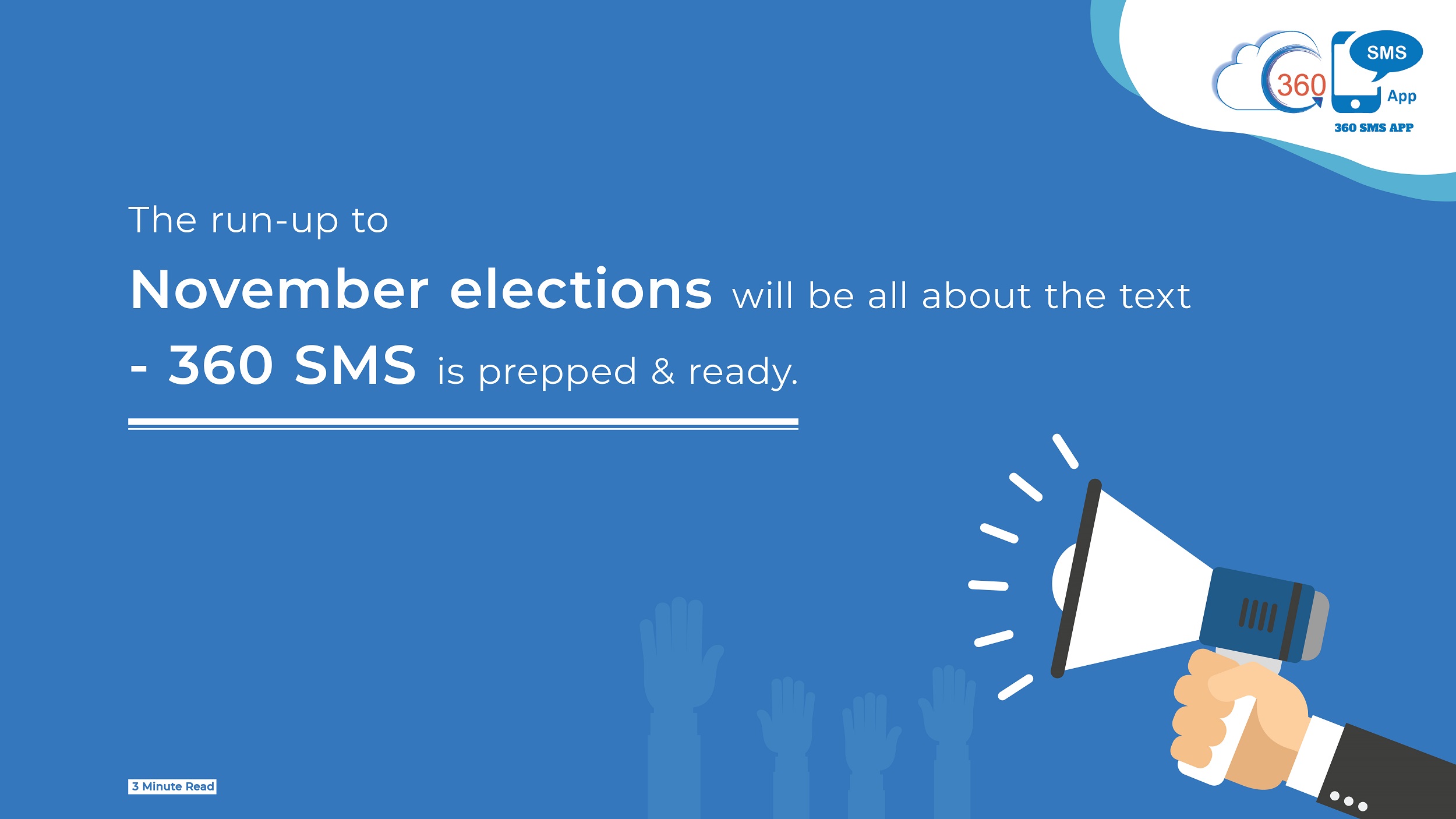 Even outside of a pandemic, texting’s enjoyed bipartisan support. So it’s little wonder when political parties on either side intend to send billions of text messages this election year.

And behind it all, is the need to replicate success from yesteryears without putting any campaign volunteers in harm’s way. With only months to spare, candidates want to enhance campaign effectiveness, take control of narratives, and gauge voter intent and sentiment. Texting’s their best bet to reach and mobilize the largest number of supporters possible.

Peer-to-peer messaging will be the flavor of the season

Check your SMS demographic before pushing out messages, and the great thing about that is, pretty much everyone is comfortable with texting.

Ingredients and Pre-requisites for surefire Campaign Success with 360 SMS

1. Make sure your recipients get registered

Let’s be real here. All campaign efforts come to naught if your potential voters don’t turn up on polling day,

don’t know where to go if they decide to head out, or worse,

don’t get registered in time. So make sure your campaigns are disseminating all the important information voters need.

“What if TCPA starts to apply to texts?”

“Do my automated texts fall into the ‘autodialer’ category?”

“Will automated text be prohibited?”

“Could regulatory decision take away our bulk texting privileges?”

Indeed, valid questions to ask.
Yes, there are already regulations in place, and more could be on the way, but they’re not here yet. They’re also of little concern at the moment, when several texting campaigns have already been set in motion.
Also, timing and anonymity aren’t frowned on as yet
-inaccuracy is.

So as is the case with most modern communication, the accepted rules of being a good-faith actor apply. That means, if you identify your campaign clearly, and use the word limits to include a disclaimer and option to Optout, you’ll be fine. Using saved templates in 360 SMS should help you tick all those boxes.

3. Get Consent. Get people off lists immediately

The text inbox has been a personal space and people react strongly to being targeted incorrectly. People associate texting with important communications. So take people off messaging lists persistently.

4. Give your text-banking volunteers guidelines to succeed

For best grassroots advocacy, your volunteers need to have all the resources and guidelines they need to succeed, at-the-ready. Give them easy to follow, courteous, non-confrontational guidelines. Help them point other potential voters to resources when faced with tougher questions that need more detailed and experienced answers. Hand them accessible canned responses to send them to expert hotline numbers to answer specifics.

Finally, ask supporters to grow their tribe and get other potential volunteers to subscribe to your messages.

Starting your campaigns early on with automation tools and Dynamic Surveys in 360 SMS can help you make a deeper impact to crush message delivery for the key as well as swing states. Additionally, starting deeper interactions earlier makes rival candidates look like bandwagoners late to the party.

6. Integrate With Other Communication Channels

Integration with other communication channels is equally important to fetch and resolve online identities with more details. This lets you push richer, multi-dimensional messages to appropriate platforms. 360 SMS is an able texting companion to push messages through SMS, WhatsApp, Voicemail, FB Messenger, and Telephony.

You could send intelligent reminders to: mobilize support for rallies and donations; ask people to choose between donating time and money; make anticipated announcements to your supporters first to keep them engaged with a ‘peek behind the curtain’; send invitations to town halls and gatherings to vent, express, and connect with your campaign.

Send supporters links to blogs on your rationale and stance on things, to avoid being misconstrued. Reduce dependence on airtime, while you cultivate and educate your own tribe of advocates. 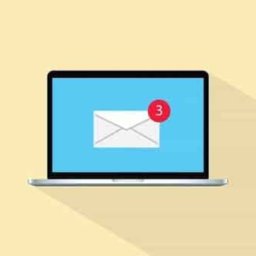 Email Alerts On Incoming SMS? How Cool Is That!

Salesforce powered texting app 360 SMS App is quite innovative and can even do wonders if used correctly. Are you… 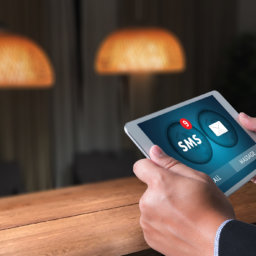 People using Salesforce usually gets confused when it comes to sending text messages via the same. But it is not… 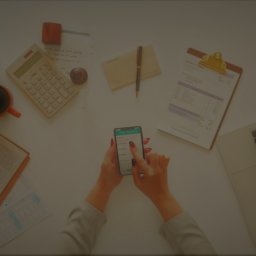 Reasons Why One Must Opt For Salesforce SMS Service

Salesforce is referred to as World’s number 1 CRM platform that can help your business reach to greater heights. Imagine… 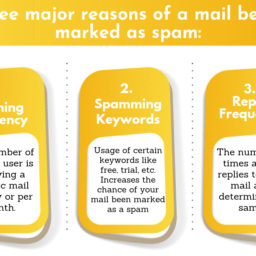 Major Steps To Be Followed For A Successful Marketing Campaign

Tired of sending a thousand emails daily and still not getting any response? Chances are there are too many people… 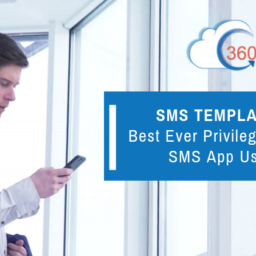 Salesforce never fails to satisfy its customers when it comes to bringing new features or updating the older ones. It… 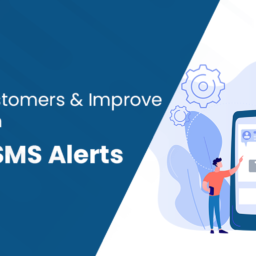 The lives of the people have become more challenging due to hectic schedules. As a result, it’s become quite difficult… 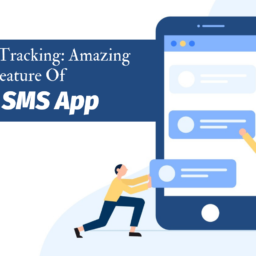 Texting has been doing wonders in almost each and every industry in the present era. You would hardly find a… 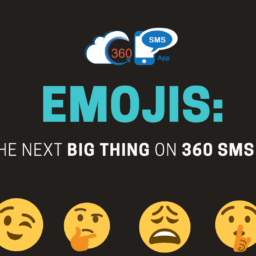 Emojis- The Next Big Thing on 360 SMS App

360 SMS App has been alluring its customers with the latest and advanced functionalities since the last few years. It… 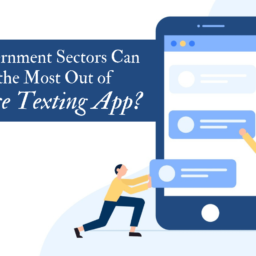 How Government Sectors Can Make the Most Out of Texting App

In our last week’s edition, we talked about “How Real Estate can use the Salesforce powered Texting app in their…